SHOW ME THE BODY 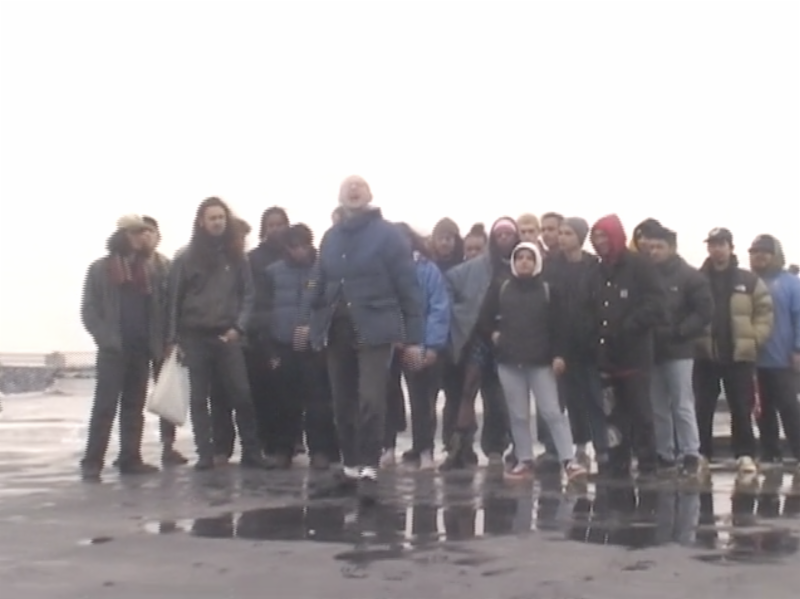 "A lot of people have said to us this is a perfect time to make a Punk record. We are disgusted by this prompt. This album and our music does not belong to a political party. No authority, political movement, or side may claim the function of our music in this society. This album is personal. It is about and for the disenfranchised youth of this city, of this country, and of this earth. It is for our community and anyone who may find shelter within it." - SMTB

"Quite magnificently cathartic" - The Guardian

"A punk record for the times" - The FADER

In anticipation of their headlining US tour, Show Me The Body is sharing a new video. 'Forks and Knives,' taken from their latest album Dog Whistle, is a New York-centric montage composed of helicopter footage, the construction of the band's three coffin logo on a Brooklyn rooftop, and a gathering on that same rooftop. The video coincides with the band sharing a manual for how to paint their logo, serving as part of a street campaign giving fans the opportunity to mock up the three coffins in their respective hometowns for free tickets to the band's nearest tour stop. The three coffins have already been seen across the globe, including appearances in Russia, London, Los Angeles, San Bernadino, Seattle, Denver, Chicago, Kansas City and Paris. The coffins are Show Me The Body's dog whistle.

The band is also about to embark on a headlining tour playing 30 shows across North America starting on April 9th and concluding on May 16th, with stops in Chicago, Los Angeles, Austin, and Philadelphia. Tickets are available here with routing below. 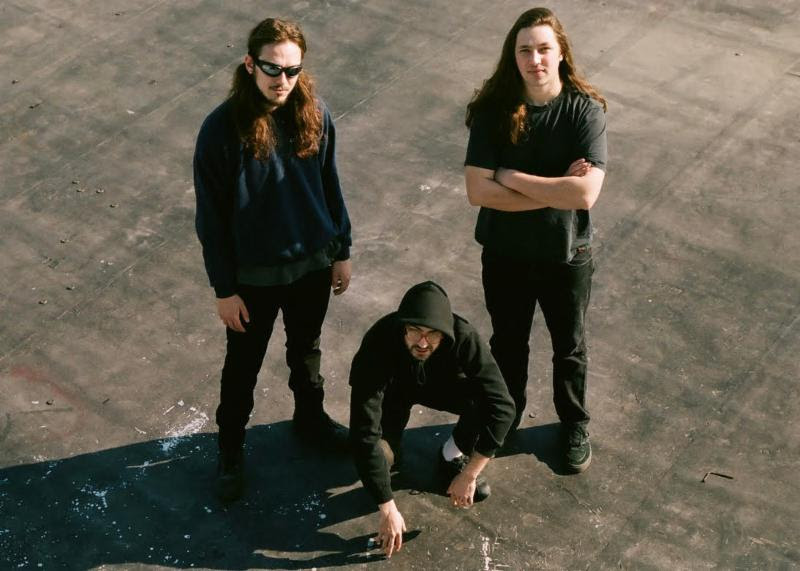 About Show Me The Body:

Dog Whistle follows Show Me The Body's debut album Body War, released in 2016. Show Me The Body started as a band in 2009 consisting of Julian Cashwan Pratt (banjo and vocals), Harlan Steed (bass), and Gabriel Millman (drums). Noah Cohen-Corbett (current drummer) joined the band in 2014. Their unique sound is heavily influenced, both sonically and in attitude, by the city that reared them: New York. The band has been at the forefront of the city's underground since the release of their 2014 EP Yellow Kidney. Over the ensuing years Show Me The Body established themselves as one of the most exciting bands in the city, through their torrid live show and distinctive sonics.

Dog Whistle, Show Me The Body's most immediate body of work to date, is heavy yet honest. The album was produced by Chris Coady, Show Me The Body, and Gabriel Millman (original drummer and current in-house producer). Dog Whistle was written in Long Island City, Queens and recorded in Los Angeles, California in the summer of 2018.

Show Me The Body has spent the last several years building and elevating a community of like minded artists and creative collaborators called Corpus. The first Corpus release was an eponymous mixtape featuring Denzel Curry, Princess Nokia, Eartheater, Moor Mother, and more. Corpus has also released projects from Trippjones, Dreamcrusher, and Dog Breath. More recently, Show Me The Body toured with Code Orange and King Krule.