"With powerhouse vocals, (in "Bitter Love") Pia explores the heartache of a complicated but intensely addictive relationship over a sparkling, piano-driven melody." - BILLBOARD 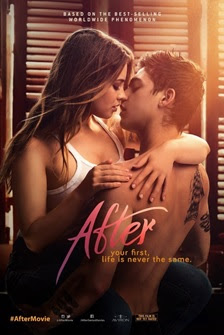 Based on the best-selling YA novel of the same name by Anna Todd which boasts over 1 BILLION reads, AFTER centers on 'Tessa Young' (Josephine Langford), a dedicated student, dutiful daughter and loyal girlfriend who embarks on a journey of self-discovery and sexual awakening upon entering college where she meets 'Hardin Scott' (Hero Fiennes Tiffin), a mysterious and brooding rebel who makes her question all she thought she knew about herself-and what she wants out of life. Pia will play the pivotal role of 'Tristan,' 'Tessa's' new friend at school who is level-headed and the moral compass of their friend group. Pia's newest single, the incredible power ballad "Bitter Love" will also be featured on the film's soundtrack as an independent artist. "Bitter Love" infuses powerful vocals with infectious melodies. The mid-tempo pop song marks a departure from the usual work in her catalogue, and flawlessly exhibits her vocal range and prowess. The emotionally charged lyrics in "Bitter Love" tell the story of a heart aching love that we can all relate to, making it an organic choice to be included in the film AFTER. AFTER official trailer (17 MILLION views!!)
Born and raised on the tropical island of Guam in the West Pacific, Pia Mia fell in love with music and performing at an early age. She joined school and community musicals and theater and began to post covers of her musical performances on YouTube. Almost instantaneously becoming a viral sensation, Pia moved to Los Angeles and signed with Grammy Award-winning producer, Babyface. In 2013, Pia Mia performed a cover of Drake's song "Hold on We're Going Home" for Drake and Kanye West. That same year, Ryan Seacrest debuted her independent single, "Red Love." At the age of 17, she formed Wolfpack Entertainment, a recording label, signing herself as its first artist, and then signed with Interscope Records. Billboard Magazine named Pia Mia one of eight "acts who will help define 2014." She released her debut EP, The Gift, collaborated with Chance the Rapper for the soundtrack to the original motion picture Divergent, and released "On My Mind" which appeared on NOW That's What I Call Music! Vol. 50. Pia Mia performed at various concerts throughout the year, and in the summer, she returned to her home island to perform at the international music festival, Guam Live. 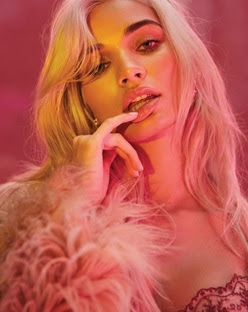 In January 2015, Pia Mia released "F**K WITH U," a buzz track for her fans which featured rapper G-Eazy. The track was a trending online smash with over 24 million streams. Pia's hit banger "Do It Again" featuring Chris Brown and Tyga went Platinum selling over 4 million copies worldwide, saw chart-topping success on the US "Billboard Hot 100 List," and was selected for Clear Channel's "On The Verge" artist for Rhythm radio and now has over 379+ million YouTube views.
Pia has garnered international praise for her one of a kind style, consistently topping high-profile best dressed lists, including Vogue. She has modeled for numerous independent such as Nasty Gal, Pink Dolphin, and Missguided, to name a few. If that wasn't enough, she was selected as the first-ever Fashion Director for Madonna's Material Girl clothing brand.Today, she has over 5.3 million Instagram followers (@PrincessPiaMia) and over 665,200 Twitter followers .
We would love to arrange an interview with you and Pia Mia on behalf of her breakout role in AFTER and new single "Bitter Love." Looking forward to hearing your thoughts!